The First Day Of Work For The Record Books

Imagine a first day where you had to help bring online the gas wells for a major LNG operation – that handles up to 1 billion cubic feet of gas a day – for a $US19 billion-dollar energy project. Would you have what it takes?

The first day of a new job is always difficult; even the most prepared people face a steep learning curve.

Now imagine a first day where you had to help bring online the gas wells for a major LNG operation – that handles up to 1 billion cubic feet of gas a day – for a $US19 billion-dollar energy project.

Would you have what it takes? 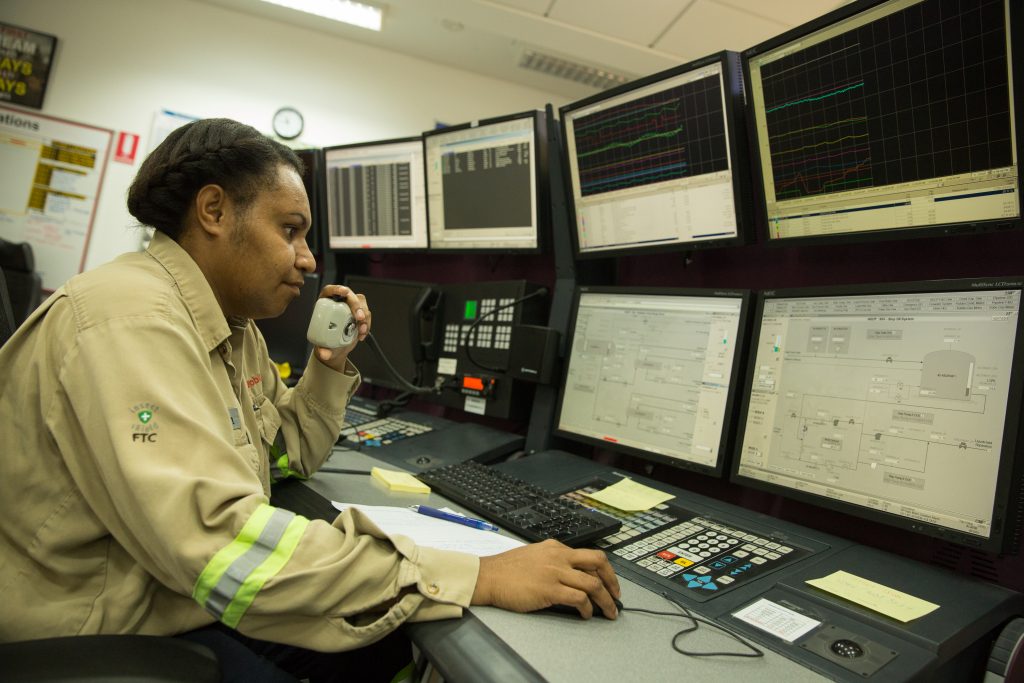 Vickie Watch taking the lead in the control room.

Vickie was still in training and had just taken a break when the earthquake occurred.

But just a few weeks later she was at the helm for her first official day on the job in the control room, where she not only had to come to grips with the plant’s shutdown and planning its restart but had to play a significant role in the restart itself.

“I was under pressure. This was no simulation,” Vickie said. “It was live.”

It was a long, tense day but she stared down a combination of challenges.

But she was not alone. Vickie was supported by her colleagues and her mentor during the process and was able to successfully restart the flow of gas from the wellheads to the plant.

But how did she get there?

She began her career with ExxonMobil in 2012, when she was hired for basic operations skills training, and graduated to facility-specific training for the Hides Gas Conditioning Plant’s operation in 2014 before ultimately training to be a control room operator optimising the plant’s processes by instrumentation monitoring.

She said this kind of high-level training, giving Papua New Guineans the skills to power their own country, is what the nation needed to carve its own future.

“More than five years’ worth of training has been invested in me, including skills development and constant mentorship,” she said. “This kind of capacity building is how you change the future of PNG.”

Vickie’s experience in helping restart the Hides plant has encouraged her to take an active role in building Papua New Guinea’s industrial capabilities.

“I want to be ready and involved in starting up new ExxonMobil projects in Papua New Guinea,” she said.